The development of capitalism and individualism have taken a somewhat unique course in Japan, a course that has created a particularly fertile breeding ground for mental distress. Whereas in most western nations, feudalism and the norms and values that underpinned it were overthrown and replaced by a new system characterized by a fundamentally different ideology, in Japan, Capitalism was co-opted by those in power and transplanted onto the existing societal system. The Meiji revolution of the 19th century was less a liberation of those oppressed by one ideology than it was a cunning move by those who benefited from it to graft onto the feudal system western developments in a way that suited them, leaving an unbroken cultural thread and liberating no one.

Modern Japan has inherited the drawbacks of Capitalism – the alienation, the lack of community and stability. However, the living on of collectivist values means that the freedoms of individualism that normally compensate to some degree for these ills, are lacking. Feudal society was characterized by a more laissez-faire framework. In Japan, expectations placed upon the individual – to live in a certain way, to show loyalty to employer and government – remain. But little of that loyalty is returned.

The alienation of individualism has taken hold, but the confines of collectivism still underpin society. The modern Japanese individual is pulled and pushed from all sides by the pressures of conflicting ideologies existing in tandem, and in tension, with one another. 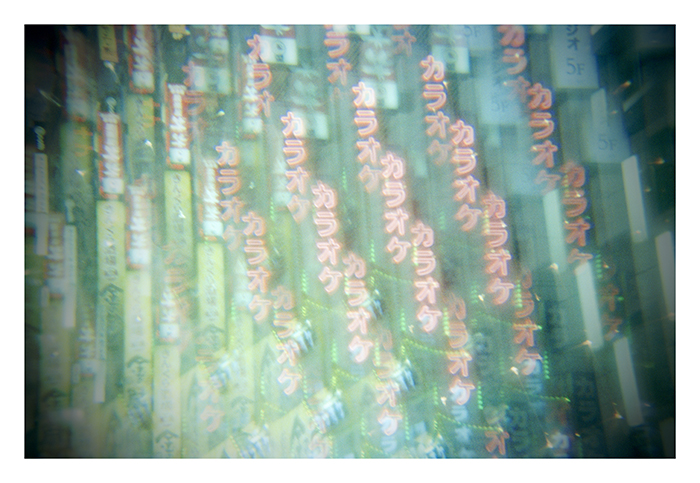 Marie-Claire Lacey lives in Glasgow and is an experimental documentary photographer.

“I am a photographic artist from Glasgow, primarily working in analogue with experimental techniques and mixed media. I am fascinated by the way light works and enjoy exploring different ways of manipulating it to create images.

I believe that art should be a synthesis of form and content, so while the aesthetic aspect of expression is of great importance to me, I also try to use art as a way of communicating questions I have about the world we live in, ranging from playful explorations of things like perception and the construction of individual identity to critical investigations of the mechanisms of society. I’m really interested in the ways in which we interact with the world – both with each other and with our surroundings. I have recently completed a Masters in sociology, specialising in the nature of mental health and have since been exploring these themes from an artistic perspective.”